About your safety in the skies
we take care on the ground. 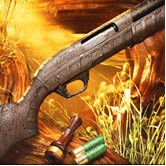 Dear hunters! The hunting season for hoofed, beaver and other game is open. However, the hunting grounds are normally located far from big towns and huntsmen have to take different types of transport to get there, including the rail and air transport. How to get there and to bring your weapon. There are certain rules you need to comply with to transport your weapon.

- A passenger must inform the airline representative or the aviation security representative during booking and check in for flight about the planned weapon, to be transported in the checked baggage.

- The passenger, carrying a weapon, must arrive at check in not later, than one and a half hour before departure.

- The passenger must present a corresponding permit to store and carry the weapon during transportation of weapon on the territory of the Russian Federation.

- The passenger must present a valid permit to export/import the weapon, issued by the corresponding body of the Ministry of Internal Affairs during export/import or transit of the weapon from/into the territory of the Russian Federation/

- Transfer passengers, who continue their travel on the territory of the Russian Federation must re-issue the paperwork for their weapons at the "Sheremetyevo" airport. You can get more detailed information by calling: (+7-495-578-83-54)

- Legal aliens in compliance with the "Weapon Act":

- can import sport and hunting weapons on the territory of the Russian Federation with the following supporting documents: invitation of a legal entity with a valid license for hunting, contract for hunting with abovementioned legal entity or an invitation to participate in sports events and corresponding permit of the Ministry of Internal Affairs;

- The weapon must be passed for temporal storage during flight at the departure airport and returned to the owners at the destination airport.

- Transportation of the models of weapons is permitted only in the checked baggage.

- Only discharged weapon is accepted for transportation in the passenger case (cases, holsters, special packing, boxes, casings), providing necessary safety and security of the weapon. The weapon and ammunition must be stored in the separate packages.

- One passenger can carry up to 400 cartridges in original packing with total weight not exceeding 5 kilograms.

- Cartridges for gas spraying weapons are prohibited for air transportation.

How to transport hunting knives:

Most knives, imprudently left in the checked baggage, fall into tourist knife category and can be transported in the checked baggage without limitation. However, if the blade is hard enough to penetrate a human body (does not bend) or has other characteristics of cold arms – it can be retrieved for an expertise. Usually, when you purchase a knife, you get a certificate with the model of the knife and a statement, that this knife is not cold arms. Such certificate can help avoid the abovementioned expertise.

Hunting knives can be transported only in cases in the checked baggage. Hunting knives are usually numbered and the number being recorded in the hunting permit. It must be presented at baggage check, otherwise, such knife can be confiscated.

Couldn't find the information you wanted?
Ask a question on the website »